It is the late 1930’s and, despite his diminutive stature and humble demeanour, from a very young age little Eric (‘Nickle Eck’ to his family) is expected to earn his keep, beginning with the task of collecting and delivering beer for his Dad’s friend – but not before taking a swig and topping up the bottle with tap water – for which he is paid 6d.

‘Nickle Eck’ was accustomed to being surrounded by forests of bottled beer as a toddler, while his Mom played the piano and sang.  Even then he returned the empties for 2d – but not before draining a few bottles first.  He considered himself ‘the youngest alcoholic in Birmingham’.

From the age of four, Eric sticks doggedly to the side of John, his hero and elder brother by two years, obeying instructions carrying out John’s momentous ‘IDEAS’ which could lead him to suffering bruises, black eyes and similar injuries – even fearing an early death – as well as the inevitable thump on the head from Mom.

John is the instigator of questionable mischief and shenanigans with which the boys fill their days.  From pyrotechnics, explosions and electrocutions to the strengthening of neck muscles, bread soup incidents and bob-sledging life is never dull, but the brothers are highly intelligent with great wit and enterprise.  Their love of reading develops their minds and their humorous yet heart-stopping escapades often include characters and ideas taken from literature. 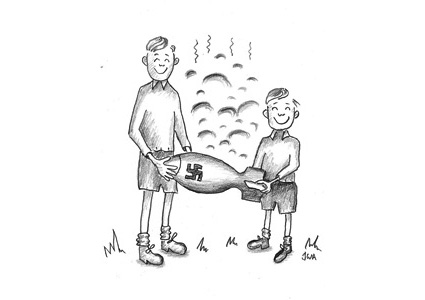 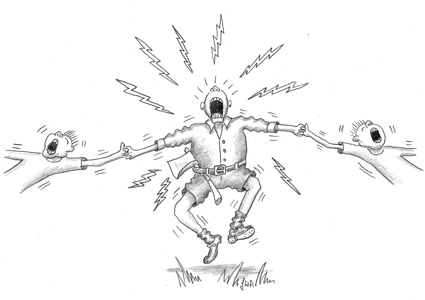 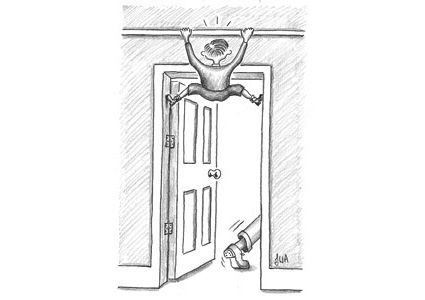 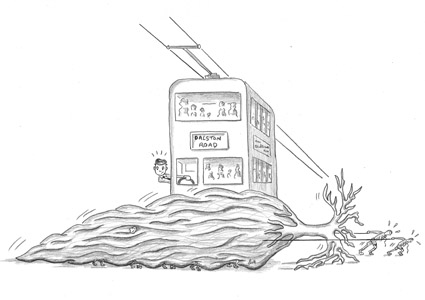 Eric and John are evacuated, quickly becoming the despair of billeting officers who move them from one home to another, leaving havoc in their wake.  Following a fishing incident, when they inadvertently drain a canal causing serious flooding and find themselves in court, John assumes the mantle of Defending Counsel, thoroughly enjoying this role and confident that his cunning idea to prove their innocence will deflect punishment – which it does, the case being dismissed.  However, the brothers are then separated for the first time in their young lives.

Although devastated without John to protect him, Eric stoically does his best to stave off the teasing and brutality of other evacuees and, admittedly terror-struck, uses his inborn talent and humour to win round his tormentors who appoint him the gang’s jester – which is a role that Eric plays throughout his lifetime.