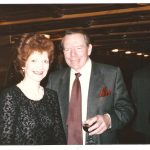 As his widow Lutena Yates, in December 2014 I posthumously self-published Eric’s memoirs Epitaph to ‘Nickle Eck’, Childhood Mischief in Wartime Birmingham through Amazon.co.uk and the book has been unanimously received with delight and enjoyment – not only because of the highly entertaining story-lines but the unique wit and humour of Eric’s writing, which creates vivid pictures of the hair-raising situations in which Eric finds himself, led astray by the dangerous activities created by and shared with his elder brother John. 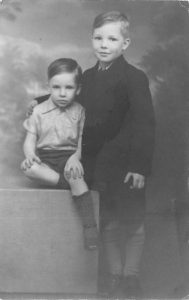 This book has been described as ‘a treasure trove of tales, giving a wonderful insight into a forgotten England’ and of ‘setting the record straight’.  It documents Eric’s life with his elder brother John, both born in Broomhall Crescent, Hall Green, who, together with their parents, spent their formative years sharing their grandparents’ home in Small Heath, before moving to their own home in Dalston Road, Acock’s Green, where most of their escapades took place.

The book details how the pair entertained themselves growing up at a time of rationing and when poverty was rife.

It recalls the inventiveness of children’s games, the easy opportunities for bartering and black market profiteering, and tells of the hardships and adventures experienced by the brothers during their evacuation to Retford, near Nottingham.